If you are old enough to remember when the Beatles split up, then cast your mind back…

In July 1970, the Ariel 3 was launched by the BSA Group. Strange though it may seem, it was 3-wheeler motorcycle with an amazing ability to tilt sideways on its front wheel when cornering – not to mention a top speed of 30 mph and a fuel consumption of 125 mpg. It cost £100, which was a lot of money in 1970.

Stranger still, the Ariel was created on the back of a powerful market research programme, and predicted to have a brilliant future – yet failed to catch on with the public. Sales soon petered out and, sad as it seems, this strange little trike played a big part in the final collapse of the once great British motorcycle industry. 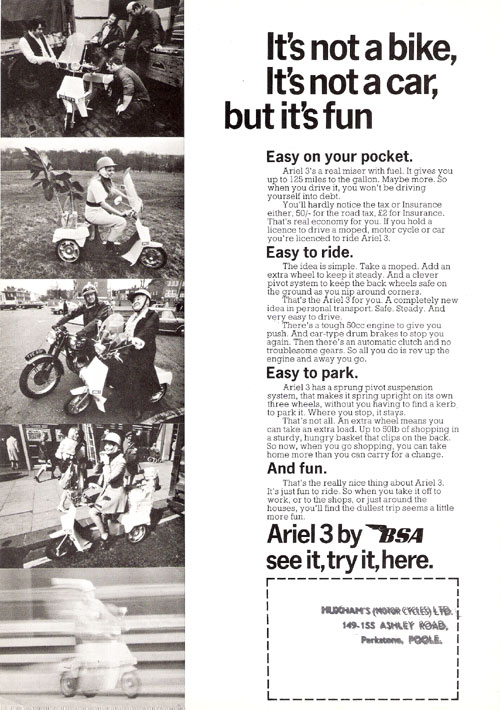 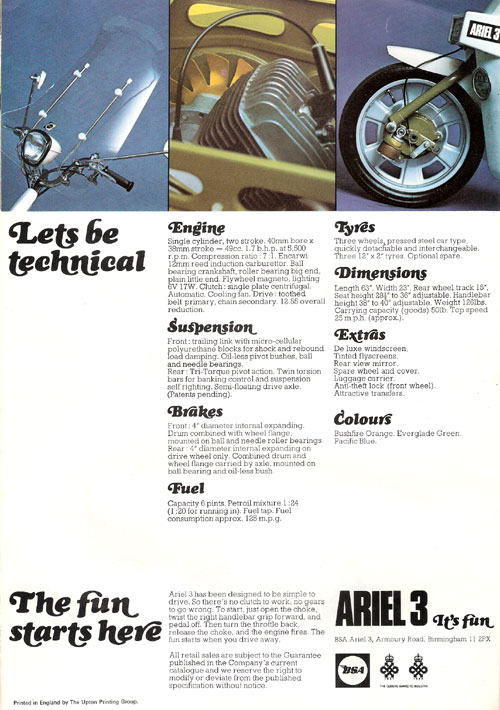 1 Response to Ariel What?